Will This Role Win Steve Carell an Oscar? 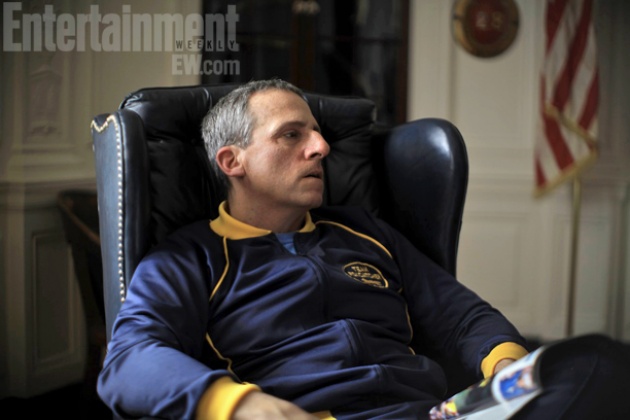 The comedian truly goes for the gloom and wears a prosthetic nose in the upcoming Oscar-bait.  Thanks to Entertainment Weekly, we can now catch a glimpse of the actor in all his dark glory.

So let's see -- Carell is playing a schizophrenic murderer (check), wearing a prosthetic nose (check), becomes gloomy in a serious and memorable role (check), works with a director who's known for having his actors get Oscar nominations and trophy (check) -- heck, the comedian may have a chance at Oscar victory!

So yes, Carell may get an Oscar nod too!

We'll find out if Carell is Oscar-worthy when "Foxcatcher" opens on Dec. 20 -- a perfect release date for Oscar hopefuls.

I love fantasy and sci-fi shows but not all of them. There are certain things I like and this movie …

Sure, Daddys home is predictable and tacky, however with Will Ferrell and Mark Wahlberg wonderfully …

Click for image source WHY ACADEMY AWARDS ARE HELD? Academy Awards are the ceremony which is prese…

He is British, a soccer icon, ahusband and dad of four children. People just chose him as 2015 Sexie…