In a recent video, Fereshteh Forough from Women’s Annex discusses the use of Internet, blogs, social media, and mobile phones in Afghanistan. Forough is Film Annex’s liaison to Central and South Asia.

Forough says that she writes a new blog after watching weekly episodes of CBS’s most popular and successful TV show, 60 Minutes. She says that she finds a way to relate the program’s diverse topics to Afghanistan and its people. 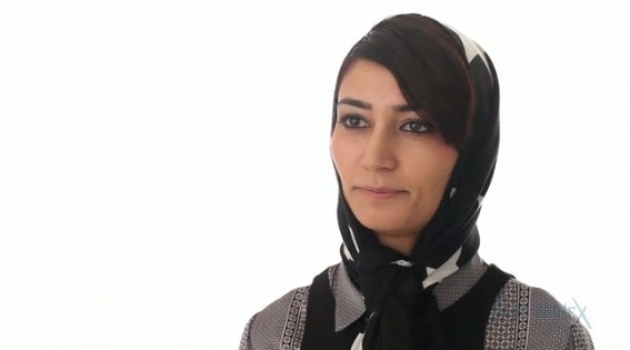 Forough says that if a show like 60 Minutes existed in Afghanistan, the subjects she’d like them to cover would be social topics, such as women empowerment, women activities, education, social media, and digital media.

“People are tired of war. Covering topics like war and victims would not be that interesting for people. They are interested in seeing what’s going on in their country in a positive way. I think covering positive stories in Afghanistan would be the best topic...”

In moving onto one of the social topics she mentioned, Forough explains that Women’s Annex is necessary in order to give power to women. She states that women need platforms on which they can become independent.

“If we wanted to give power to women, we have to provide for them a platform… The kind of platforms that they can participate, they can say their own ideas. By their own ideas, we can promote them. By promoting them, we can provide for them a kind of facility that they can become self-independent. Either in financial issues… their own lifestyles… I think Women’s Annex is the best and the most interesting platform in Central and South Asia and Afghanistan.”

She describes the biggest hindrance of getting women on the platform as being access to Internet and computers. She also says that Afghanistan doesn’t have stable electricity. Because of this, it’s difficult for women to go to Internet cafes in order to browse and post. This is corrected by establishing Internet classrooms, which is the main project of Afghan Citadel Software Company, which was founded by Roya Mahboob. Forough explains that this can also be corrected through mobile technology, which is more prevalent and reliable in Afghanistan.