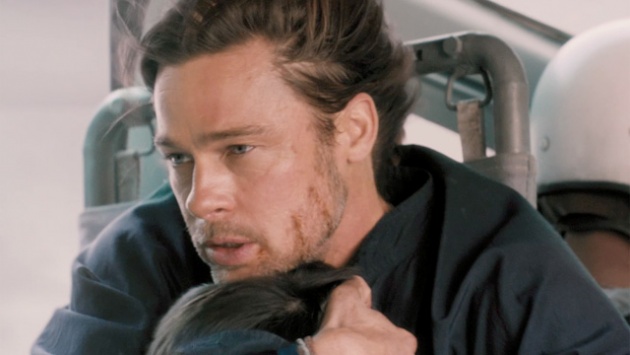 "World War Z" was plagued with production problems, but do you know that the zombie flick became Brad Pitt's biggest blockbuster yet?  Worldwide, "World War Z' has sold $535 million worth of box-office tickets, and that became one of the reasons why we're now hearing sequel plans.  But originally, "World War Z" was planned as a trilogy but Paramount nixed the idea after all the production drama.

In an interview with Variety, Pitt said that they're talking about a possible sequel, and that they have "so many ideas on the table from the time we spent developing this thing and figuring out how the zombie worlds work. [...] We're going to do our best and see what we get out of it. We've got to get the script right first to determine if we go further."

The open-ended conclusion that was rewritten by Damon Lindelof, Drew Goddard and Christopher McQuarrie certainly makes a sequel possible.

Here's the video of my Best Movies of 2013...So Far where I chose "World War Z" as one of the worthy films this year!