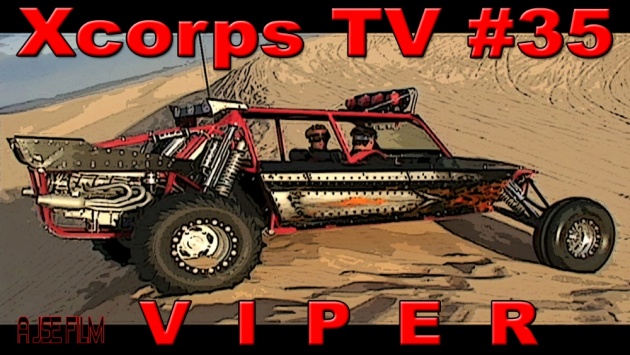 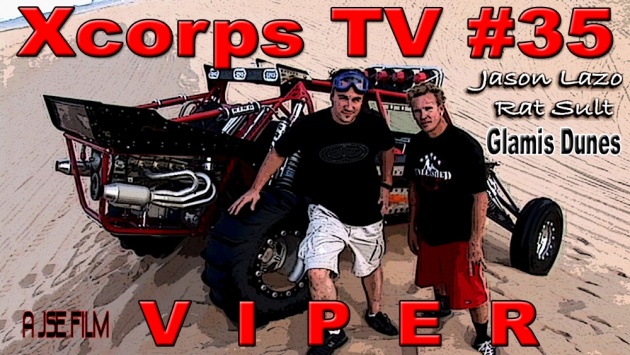 After that the action continues with more dune riding action and some crazy shots of some of the custom rides people create to roll the sand including a cool single seat V-8 monster quad! No smog, speed or horse limits at Glamis! Jason drops a few lines and Sub Noize artist Daddy X rolls his song Mind Bender to shots of Rats car going airborne! Have a drink while you're up there boys! Sound bytes here from Jason on his first impression riding along with the Ratmeister! Rat and J drop down the face of an 800-foot dune in seconds pushed by the Chevy Vette LS2 motor. The action rod shots share the edit with cranking tunes and a massive video from Euro metal band Kreator blowing it up at WOA festival in Wacken Germany one of Europes biggest! The band took the place down doing their song 'People of the Lie' complete with a classic metal scream pumping the Glamis action! Thanks to SPV Records and RIVE for the hookup!

After the break the sand pounding continues with Jason and Rat charging the RatRod up Big Daddy Dune - Oldsmobile Hill - cut with tunes from the equally charging Euro band Metal Church working their song Mirror of Lies at another huge festival in Oslo Norway. The Viking soul seeks Metal! Perfect for the fast action with the segment rolling with even more Glamis HD shots including custom cool all American sand toys and some fun quad drag racing straight up the dune faces! LA band Poets and Pornstars backs the action as well closing out the segment in style! In the next segment Jason pulls it back to LA to The Viper Room where band Poets and Pornstars is breaking out front of the Hollywood club. J introduces the members to the XC audience and talks with leadman Hal Ozsan. Nice XC throw by the band along with some cool live set closing performance shots! The show closes out with Rat and J man back at the Sand Toy capital of the world and some sick night run action tailored by more tunes from Daddy X and his song Mind Bender! Pretty much describes what Xcorps is all about!
Save The Dunes!
See The Action Hear The Music Join The Xcorps!
A J.S.Edmondson FilM 2/2007 Release TRT-22:00 ©2014 TheXcorps
http://www.xcorpstv.com/