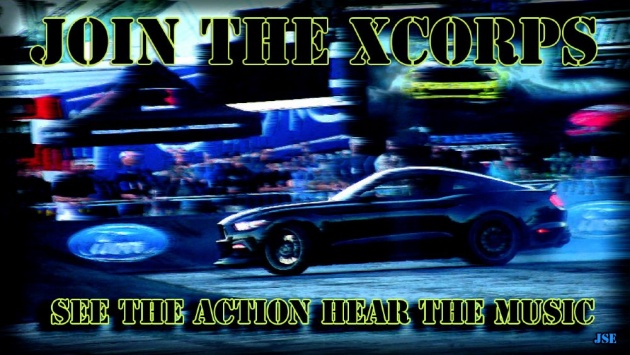 Segment one kicks the party into gear with shots from SIN CITY Nevada Las Vegas Convention Center with Xcorps reporter Rat Sult checking in at SEMA – an acronym for Specialty Equipment Market Association – the premier automotive event of the world held November 3 – 6 which this year drew more than 60,000 domestic and international buyers! 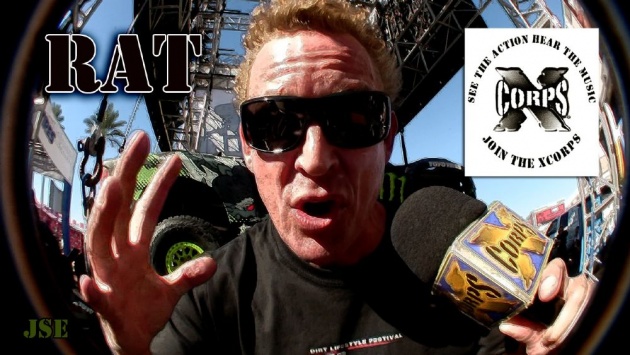 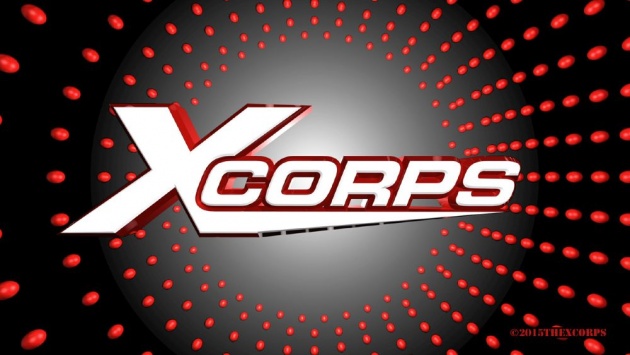 Segment two on Xcorps rolls in with more drifting Ford Mustangs leaving smoke trails on the outside track at SEMA! Loud and proud! Rat Sult reporting for Xcorps follows the ACTION…and the girls at this massive auto show which happen each year in Las Vegas Nevada! 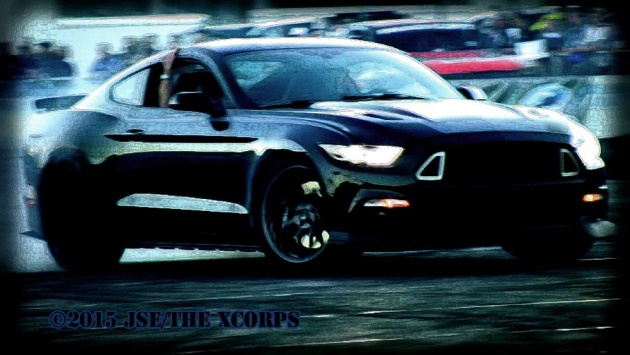 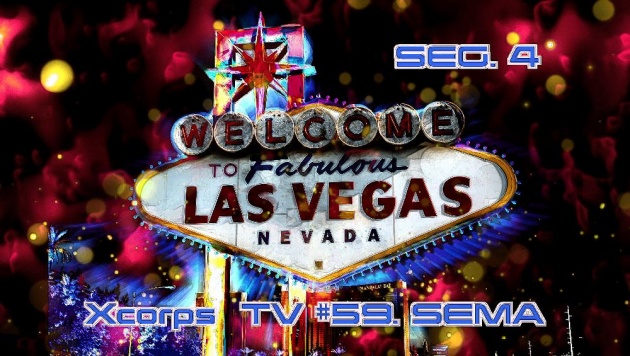 Rat talks to the beautiful Toyo Tires model and spokes gal Sydney Maler! Wow! Check out what Sydney has been up to! Nice brand rep pick Toyo! 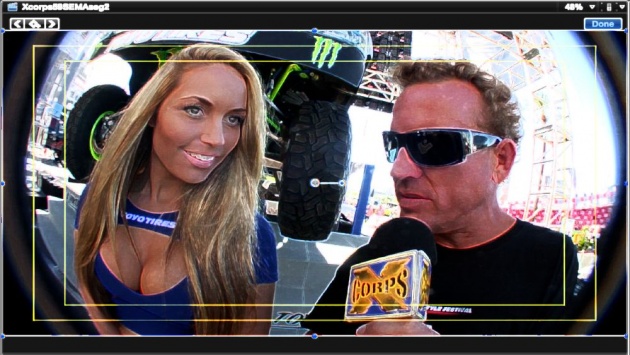 Segment 3 open up with more tire burning Roush NASCAR race Mustang drifting and catching AIR off a jump at the SEMA show along with some cool tech beats from Rive promoted artist Destructo feat Oliver rolling the song “LA Funky”. Slick shots of the boys rolling a vintage Chevy Impala convertible here too! 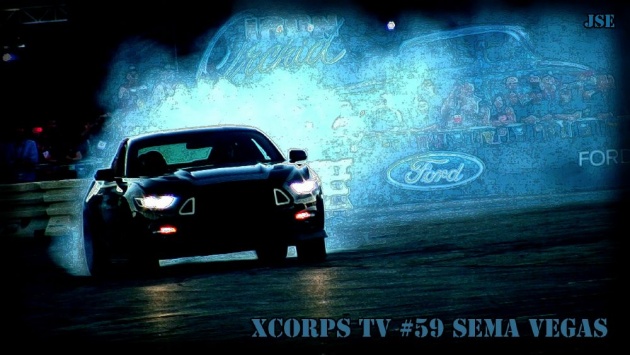 Xcorps host Rat Sult covers the grounds with an interview with super hero status off-road truck driver Robert Acer who is never seen not wearing his iconic black helmet! Robert is Baja Truck racing promoter and hero champion to the Baja Latino kids! Check out the shots of his 4X4 race trucks here on The Xcorps! 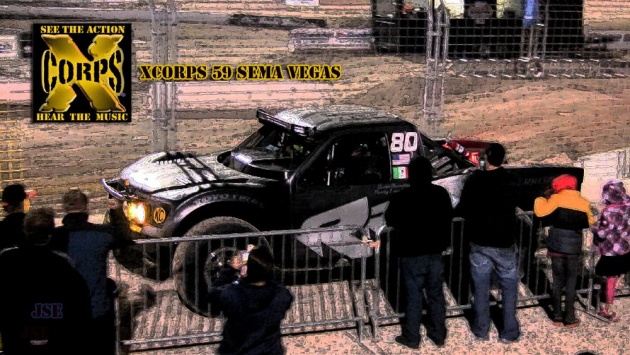 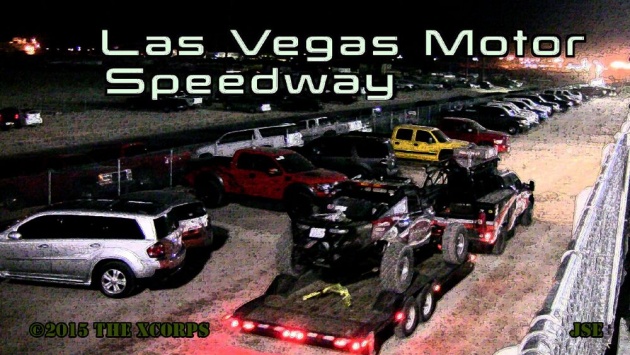 Check out host Rat Sult’s interview with Robby who is a major player in the all around race world from NASCAR to IndyCar to IROC to DAKAR!! 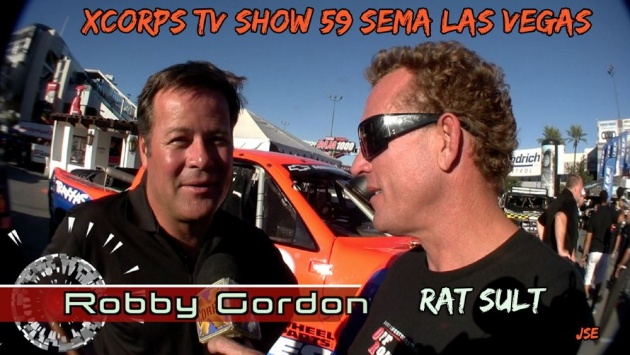 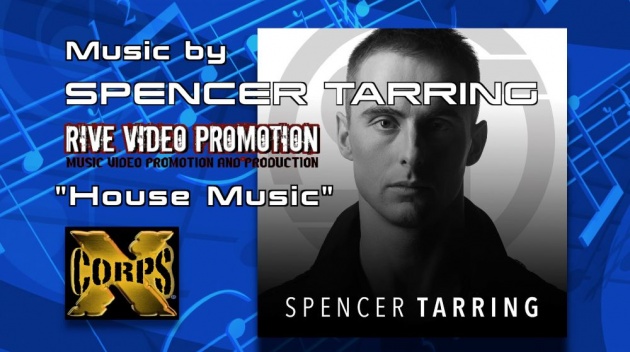 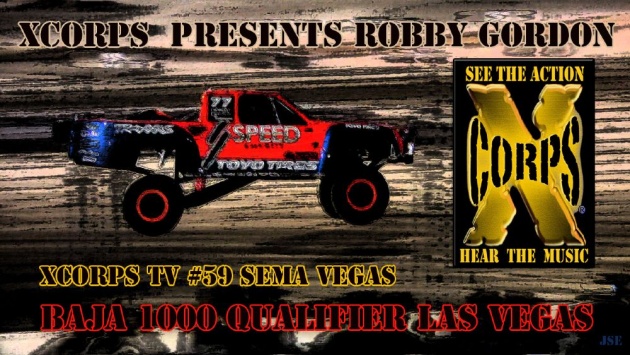 See all the Action Hear all the Music Join the Xcorps