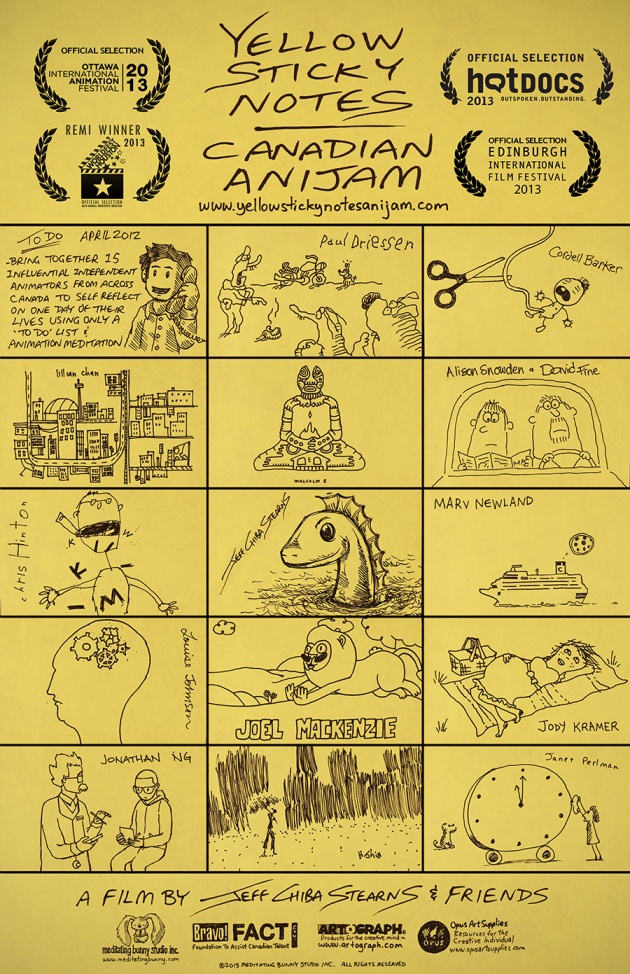 I'm taking a bit of a break in between my blog series where I'm answering student questions (part 3 and 4 of Ask Jeff is coming up next week) to do a quick update on the success we've been having with my recent animated short film Yellow Sticky Notes | Canadian Anijam.

I just found out yesterday that the film has been named one of the top 12 Canadian Shorts of 2013 by The Shorts Report. Here's what the editor, Kellie Ann Benz had to say about the film:

Here's a link to the Top 12 Canadian Short Films of 2013 to see what other films made the list! 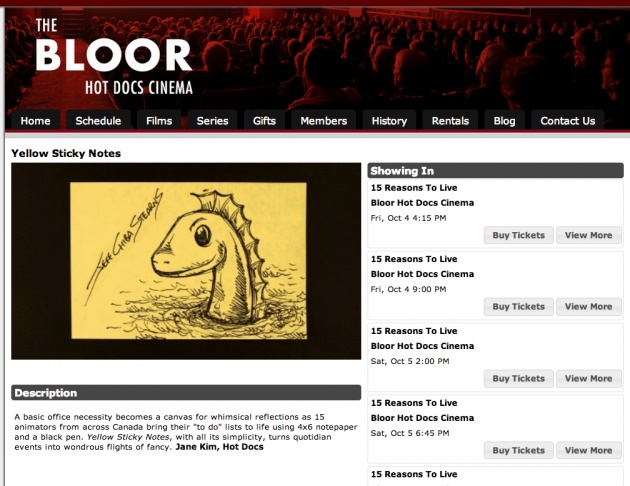 Another cool thing that happened with Yellow Sticky Notes | Canadian Anijam was that it received a theatrical release in October 2013 in Toronto, Ontario, Canada at the Bloor Hot Docs Cinema screening in front of the feature documentary 15 Reasons to Live!  The film ran for a week which is really cool for any short film to get a theatrical run of any kind.

This partnership came out of my film screening with 15 Reasons to Live at the 2013 Hot Docs.  Robin Smith who distributes 15 Reasons to Live through his company KinoSmith thought both films paired so well that he asked to have Yellow Sticky Notes | Canadian Anijam screen with 15 Reasons to Live when it went to theatres.  I really appreciate when distributors have these kinds of visions and it's a really cool through-back to the early days of cinema when they used to run short films before the feature.  I hope this trend continues! 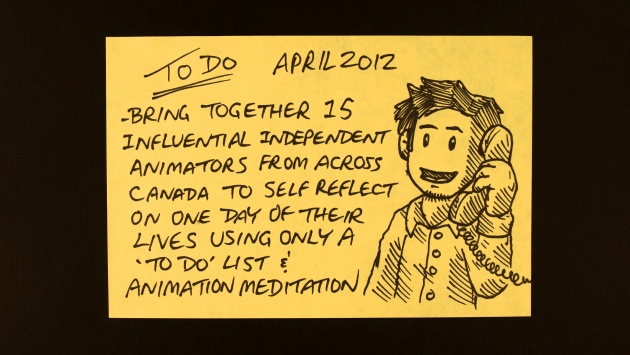 As a lead up to the online launch of Yellow Sticky Notes | Canadian Anijam I'll be posting interviews with all of the animators who worked on the project along with sneak peeks of their new films!  Please subscribe to keep updated on these new blog posts and new uploaded content where I'll be posting clips from each of the animator's sequences from Yellow Sticky Notes | Canadian Anijam!