Time is running very fast. Three hundred sixty-five days seemed like yesterday. It's time again for Christmas posts because it's just 29 days before Christmas! This is what is referred to as the most wonderful time of the year. But is it really the most wonderful time of the year? Is it applicable to all? I had been pondering on such and even evaluating some individuals whom I get to interact with in my day to day life, although I am just working from home and 80% of the week, I am just at home, those times when I get to get out and spend time away from home, I somehow had seen faces of people who are complaining about their 13th month, having troubles with how much money they'll lose during the holidays because of the numerous godchildren and family members that they'll be giving presents and money.

After recalling these, I thought, I guess this isn't the most wonderful time of the year after all! Is it?

Anyhow, today's blog is very related to Christmas and when we think of it, it is almost equivalent to Christmas Trees. The decorations we get to see at each living room, given that it is a Christian home.

Now, when I had the chance to visit a nearby shopping center in Cebu City, I checked the prices of each Christmas Tree displayed and I was stunned! It costs so much! The tree itself costs no less than five thousand pesos! That doesn't include the decorations, the lights, the stars and all of the other accents. No wonder adults don't consider this as the most wonderful time of the year, perhaps this is only applicable to children who don't really have any single idea about expenses.

So, after the guy before us at the counter paid his Php 5,000 Christmas Tree, I intentionally check out alternative Christmas Trees displayed around Cebu City. Here is the list of ways how to make your own Christmas Tree without spending that much. 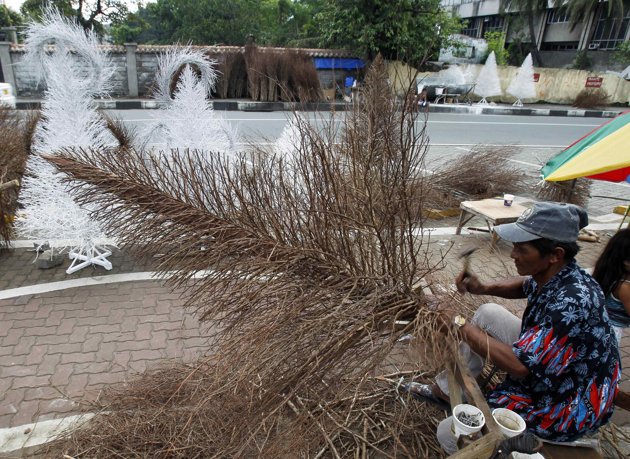 Who said Christmas Trees have to be all full of leaves? Dried and withered twigs, sticks and driftwoods can be made into something really nice and cost efficient too! Say you go to a forest, collect these sticks and twigs, nail them together and form into something that resembles the Fir tree.

It can work as is but if you want to have a white Christmas, then paint it with white paint. Or if you need a different Christmas Tree color, then go ahead and do as you want it to be. For me, it is really pocket-friendly, either you go collect the twigs yourself or buy them, for sure it won't come close to most Christmas Trees sold in the malls. Plus, this is environment-friendly too! Imagine, throwing them after Christmas won't hurt that much because either you use them for fire or just let it decay at your backyard! 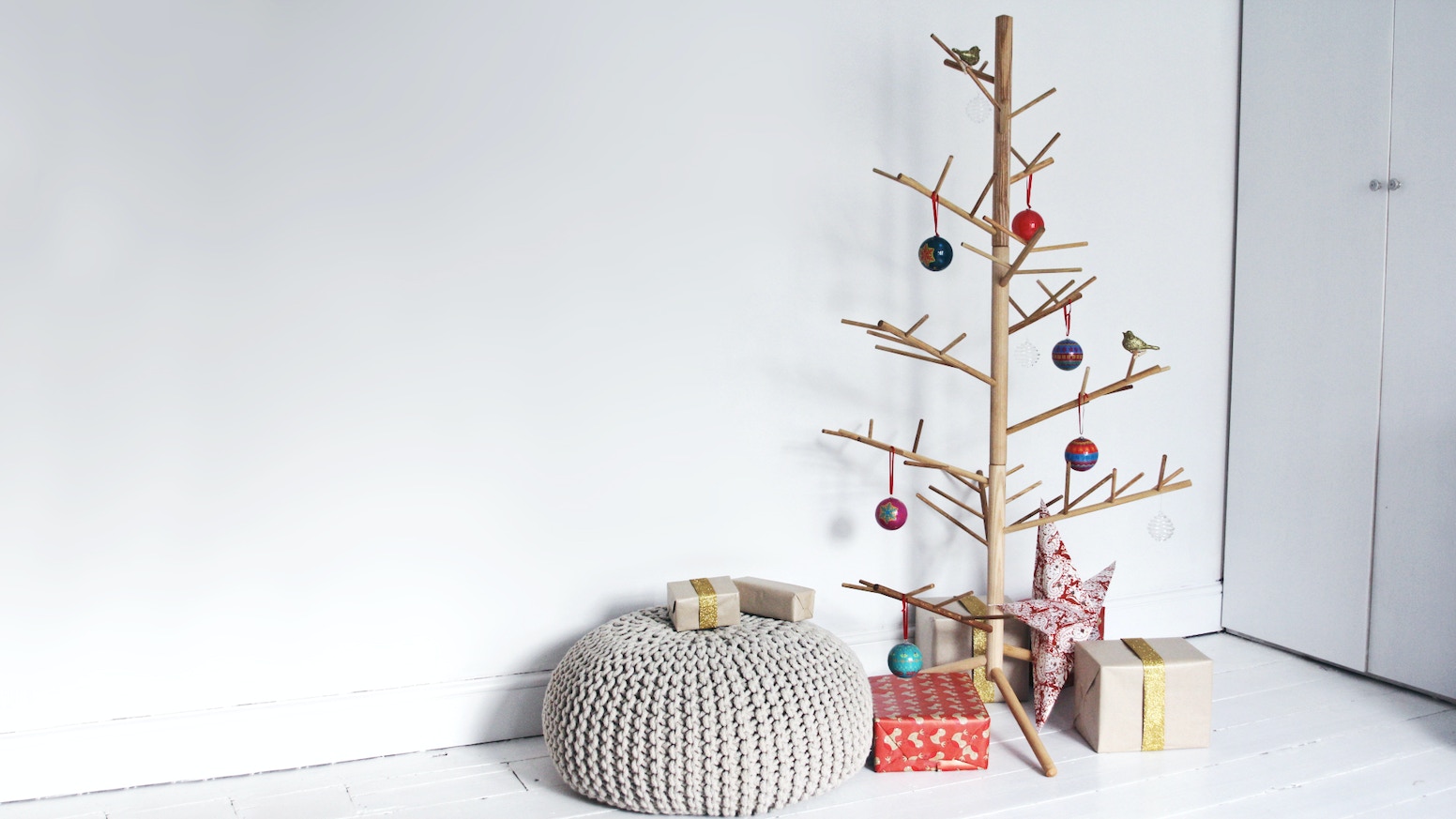 And another thing, it can stand alone without having other decors. But it works well too if you opt to have decors hanging on the twigs. As mentioned, it is very agile!

For the record, we had made one way back when I was little since there's a mini forest at our backyard. 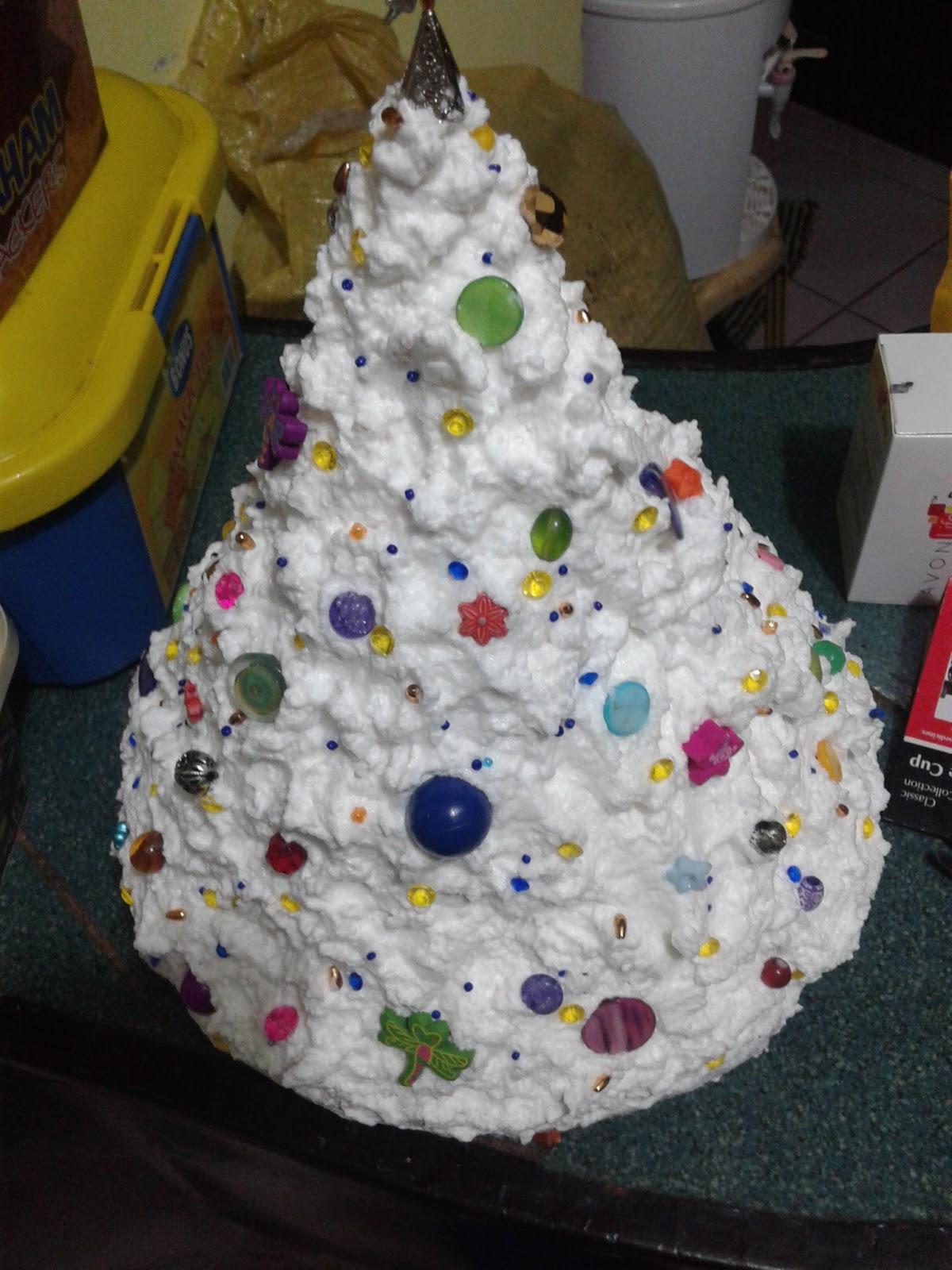 Let's look into a much more conservative type and can be made together with kids! It's fun and cost efficient too! You'll need just White Perla soaps and water! It is also advisable to use an electric mixer because this requires a lot of whisking just like baking a cake!

As mentioned, kids can be involved in the making but very vigilant and make sure the child is already grown enough not to have the tendency of eating the mixture!

So, Perla soaps when added with warm water and whisked creates this foamy substance, like an icing which hardens but doesn't go too hard that it becomes difficult to be broken.

In my own experience, we had used a combination of twigs and this mixture. After arranging the twigs to become a tree, we added the whisked soap into the ends of the tree, like it's a snowy tree. It's cool though and we had spent only a few pesos for the bars of soap!

Optionally, those who have kids may want to add sprinkles, glitters, and ornaments right after preparing the whisked mixture, just before it dries and hardens so the added sprinkles get to stay put in the soap.

Are you one of those blessed individuals who got extra wood planks sitting on your backyard? I wish I am as blessed as you because I would definitely want to make use of those planks to make my own Christmas Tree then afterward, I will be using them as a wall decoration.

I found one which was displayed in IT Park here in Cebu City, they were made of planks arranged spirally but of different sizes from bottom to the top, the sizes go as biggest to smallest sizes. They were not even painted at all and they look stunning!

Another simple, easy to make and of which doesn't require much perfection when making because its imperfection makes it beautiful. Strings can be of any color of your liking can be made into a Christmas Tree! Do you know that?

Well, if you haven't then, this is just the right time for me to teach you. With strings and a few help of hammer and nails, you can get your wall decorated with a 2D Christmas Tree! This is right for those who are trying to save space or those minimalists out there who don't really want to spare a space for a Christmas Tree but still want to have one at home.

Simply intertwine the strings on the nails which have been formed in a Fir tree shape and that's good to go.

Although I thought at first that it was not a really good idea because some may be encouraged to buy more plastic bottle sodas just to make this one, this is still good for those who are really recycling the bottles.

I saw one in Puerto Princesa, at Bakers' Hill where they used Mountain Dew soda bottles, the light green colored ones and formed them into a huge Christmas Tree. It is pretty cool to look at most especially if one is far from it because they definitely resemble the Fir tree.

But then again, it is still something to consider, these are plastics and what will happen to them after the holidays? Still kudos to those who exerted good effort with making up the tree.

The great thing about doing DIY Christmas Trees and decorations is the fact that you don't have to keep the same decoration every year. Of course, if you bought a plastic Christmas tree, it will be stored for next year, it becomes very boring to have the same tree again and again.

And the fact that you can just use them for other projects or simple dispose them after Christmas is truly helpful to the environment, except of course for the plastic bottles.

Let your imagination do the job in conceptualizing these Christmas Tree!

What's on the Table of Filipinos During Christmas Day