“You have an attention span of a goldfish” is one of the vilest phrases in self-improvement articles. It decries technology for the diminishing focus of its users and idealizes the past generations for their longer attention span. Yet when analyzed, Gen Z’s maligned short attention span is a form of constructive adaptation. History reveals that attention span has been decreasing long before smartphones emerged. Surprisingly, this vilified trend has been beneficial in content creation and absorption. Thus, the combined history and benefits of decreasing attention span is the antithesis against its critiques.

Older generations criticize Gen Z’ers – those born in 1995 or later – for their eight-second attention span. This is evidenced by the academe and popular media. Microsoft Canada observed an inverse correlation between attention span and technological development. Specifically, attention span decreased from 12 seconds in 2000 to eight – a second less patient than a goldfish – in 2014. This research prompted the self-improvement industry to publish numerous articles on how to prolong focus. A Google search with the key phrases “attention span” and “goldfish” will display a myriad of recommendations on how to prevent “attention poverty”. The aforementioned trend in the academe and popular media shows that the eight-second window is treated no less than a plague. It indicates a culture replete with stigma against the norms of the current generation.

Interestingly, decreasing attention span is not a novel trend. The critics of the eight-second window underwent the same evolution. During the 1900s, spectators blamed the emergence of the phonograph, kinetoscope and telegraph for the public’s propensity to swiftly lose interest in individual events. The public immediately forgot narratives of the Spanish War and the Great Galveston Hurricane. The movie industry also had to adapt to the decreasing attention span of its viewers. Shorter transitions and dynamic scenes evolved from the relatively slow-paced movies in the 50s. This shows that attention span shortens – adapts – in response to the growing volume of knowledge technology facilitates.

Attention adaptation engenders constructive changes in selection and content creation. It is thereby an agent of focus and brevity. The eight-second window indicates an adjustment to the plethora of data media inundates Gen Z’ers. It enables them to promptly scan numerous information to find few things that interest them, of which they give the undivided attention their predecessors believe they lack. Consequently, it forces media creators to abide by brevity. Gen Z does not have time for theatrics. For content to survive, it must be interesting, coherent, and relevant. This shows that the eight-second window is an agent of natural selection in the age of technology. It promotes proliferation of quality information.

From a historical and practical lens, vilifying the observed decrease in attention span is a hoax. Attention has been adapting to technological advancements since the 1990s. By doing so it removes the irrelevant in favor of the essential. 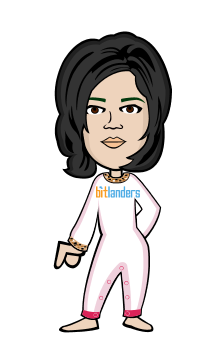