Introducing the Thirteenth Doctor - And She's a Time Lady!

Image Credit: BBC On July 16th 2017 the BBC announced that the actor who would be replacing the role of the Doctor from the science……

Image credits: Screenshot by Naotalba After Harry Potter: Hogwarts Mystery (which, by the way, has been improving lately), here's……

I am obsessed with more than a couple of series. Too bad I don’t really have too much free time on my hands. So thanks to my……

Doctor Who is on its Way

Rejoice my fellow Whovians! The BBC has confirmed that Doctor Who series 8 will air this August! Watching British TV I have quite……

The "Gracepoint" Trailer is Here!

One day I went to bed and I think I had a nightmare.  A man from the series doctor Who was in my dream, I was in school and when……

HEY THERE! My name is John Tancredi I wanted to take a quick moment to introduce myself to to you all here on Film Annex so here are……

Delayed 'Me Myself and Cosplay' Shoot review

Hey! This blog is a bit delayed due to a insanely hectic week but oh well here it goes!   It was a really great shoot and i had……

I had quite a large choice when deciding which trailer to review for tonight, but I think I am happy with my choice of 'Maleficent'.……

Doctor Who: The Day Of The Doctor Review 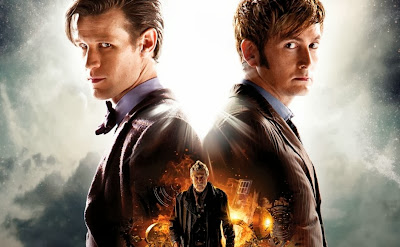 Hard to believe that the most anticipated broadcast of the year, or even the decade, has been and gone. It was a moment……

The Doctor Who 50th anniversary special aired and it left a lasting impression on BBC America. Records have been broken as Whovians……

My Youth and Innocence Part One

Just listening to Sonic Youths great album Evol on the train to work this morning, and it took me back to my early filmmaking days.……

Thursday 1 August 2013 The man and his youthful ward stand at the top of Hampstead Heath. It is three o’clock in the afternoon.……